On February 20th 2022，one DWT 58000 piling ship named “ Yong Jian 3000” was successfully launched with 102 pieces Evergreen marine airbags in Jiangsu Taizhou China.It took one and a half minutes for the ship starts to move until floats in the sea, completed around 220 m travel distance.

The ship’s launching weight reaches 25,000 tons which is the heaviest ship ever launched with marine airbags in the world. The new generation of Evergreen Maritime marine airbags has fully demonstrated its excellent lifting capacity and stable performance in this launching project. 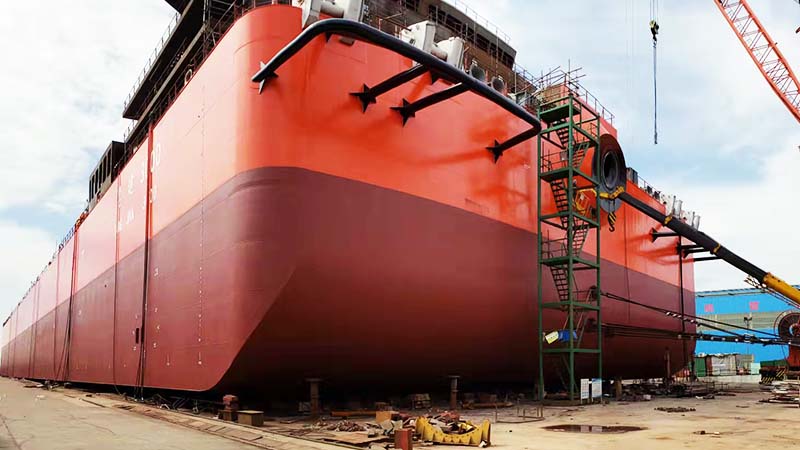 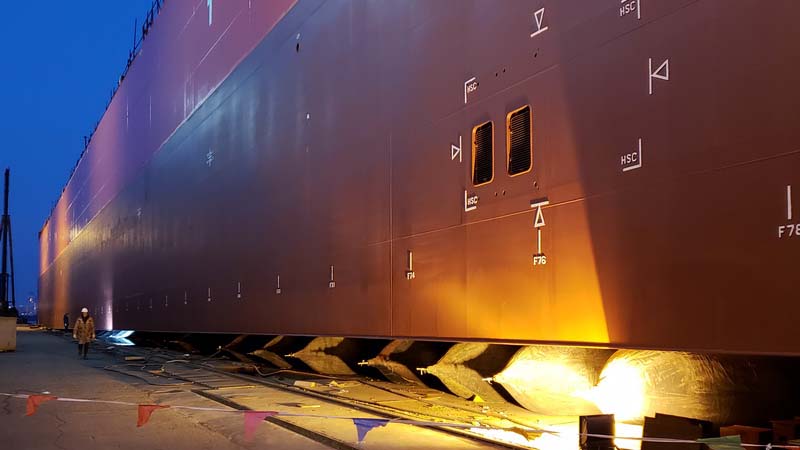 Eversafe Marine, the subsidiary of Evergreen Maritime group,takes the general contract for the launching: total 102 pieces Evergreen marine airbags and one 300 tons pulling system were deployed. A team of 14 people, four forklifts and two cranes undertook the entire launching operation.

It took around 3 days to lift the vessel with marine airbags and remove support blocks. The final launching is performed at the high tide time, 7 am of 20th February. By cutting holding wires, the ship start to move slowly then accelerate gradually with joyful rhythm, enter into water until floats smoothly.During the whole launching process, not one airbag get damage or lost, it can be called a perfect launch. 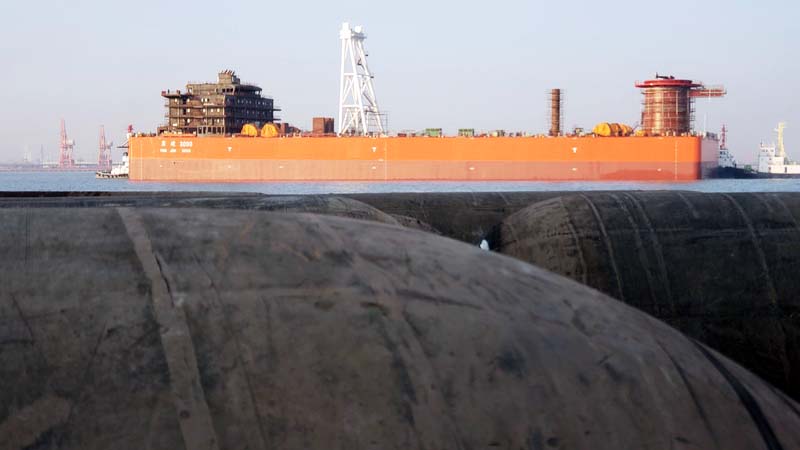 As the leader of marine airbag manufacturer and airbag engineering, Qingdao Evergreen Maritime has been committed to the application of new materials and new technologies for ship launching airbags, promoting airbag ship launching technology to be applied in higher-end and broader fields.

The successful launching of the 25,000-ton ship is a staged victory , at the same time a new starting point for us to move towards a higher peak.